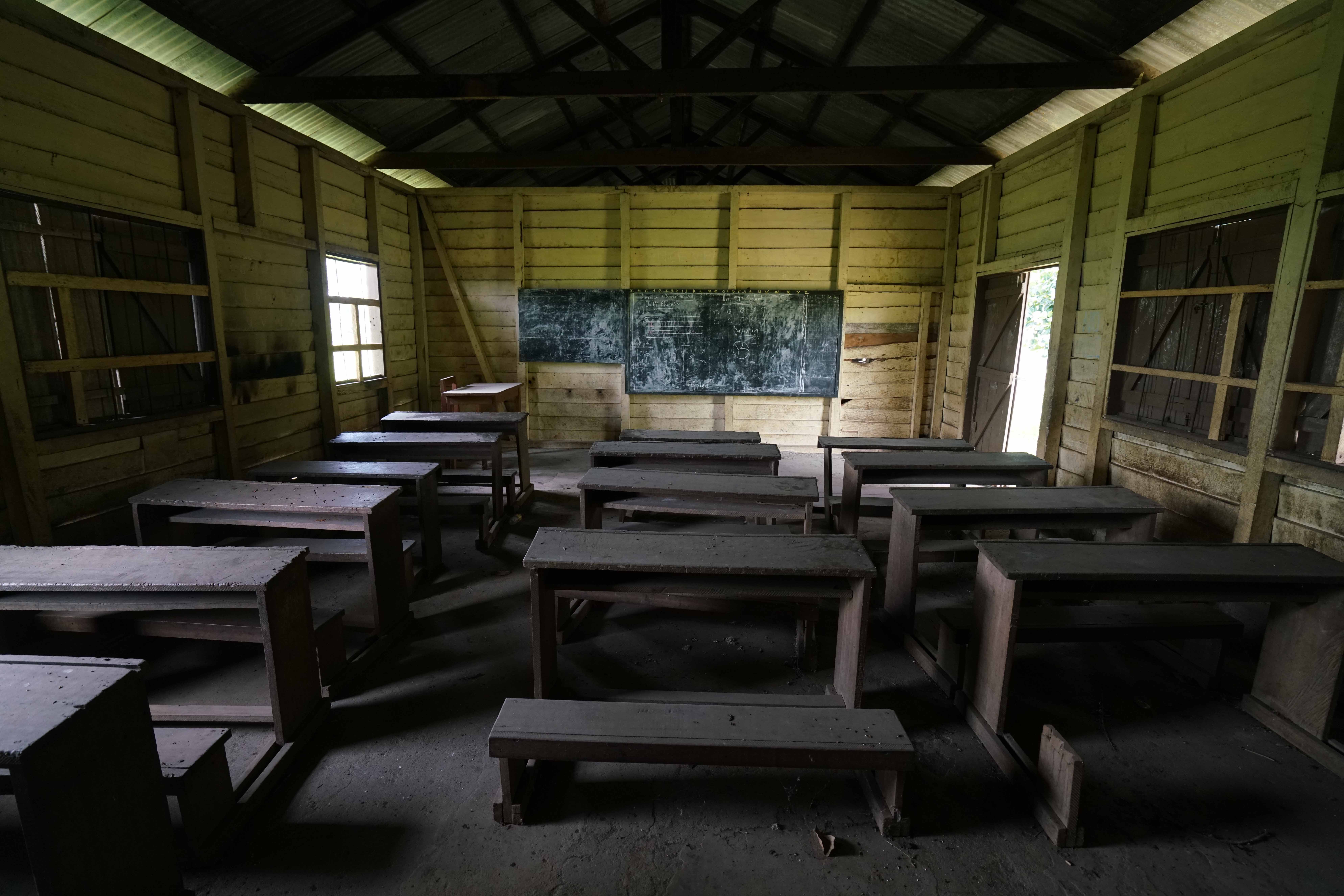 Witness: Defying Attacks on Education in Anglophone Regions of Cameroon

When Juliana (not her real name), 31, accepted a full-time position teaching history at a school just outside Buea, the capital of the English-speaking region of southwest Cameroon, she had no idea that his profession would put his life in danger.

Today, she knows many colleagues who, like her, have been threatened or attacked for their dedication to their work and their belief that children have the right to an education.

Since 2017, armed groups in the English-speaking regions of Cameroon have been claiming their independence from the predominantly French-speaking rest of the country. In their campaign, separatist fighters, known locally as â€œamba boysâ€, have made education a battleground. Believing that the central government is trying to marginalize and assimilate their English-speaking education system, they target schools, kill, kidnap, assault and threaten students, teachers and other education professionals for not complying with their demands. to boycott the school. In the English-speaking regions of the west, schools have been forced to close, thousands of teachers have given up their jobs or have fled, and hundreds of students have been kidnapped. The attacks, according to a new report from Human Rights Watch, traumatized teachers and students, intimidated parents into preventing their children from attending school, and deprived about 700,000 students of their education.

The current crisis began in late 2016, when central government troops violently cracked down on English-speaking teachers, lawyers and other people who were peacefully protesting what they saw as attempts by the government to assimilate courts and schools. anglophones to the francophone system. A year later, when security forces again violently cracked down on peaceful gatherings to celebrate the symbolic independence of “Ambazonia”, the name given by English-speaking secessionists to their self-proclaimed independent state made up of the North West regions. and in the South-West, the crisis has reached its climax. Since then, the fronts between Cameroon’s English-speaking population and the country’s French-speaking government have hardened.

As a history teacher, Juliana is well aware that the roots of this crisis go back much further in time. For decades, Anglophone Cameroonians have felt marginalized and discriminated against. Juliana, although an English speaker, invariably finds herself addressed in French when dealing with public officials; its students are struggling to find employment in the predominantly French-speaking regions of the country. â€œOur culture, our language and our identity have been assimilated [into the Francophone system], “she said.” It’s a long-drawn-out problem that dates back to independence.

After World War I, Kamerun, the former German colony, had been divided into French and British mandates. With independence in 1961, Cameroon became a Federal Republic until 1972, when a unitary government was adopted. Since then, calls by English-speaking groups for a return to a two-state federal system as a way to preserve their own culture, language, and justice and education systems have not been heeded by the central government. As a result, demands for secession grew louder and moderate voices increasingly sidelined, while armed separatists gained support and influence.

While Juliana didn’t take to the streets in 2016, she sympathizes with those who did. She believes that everyone, including teachers, should have the right to voice their grievances peacefully and that the government’s brutal response was unwarranted. What she disagrees with, however, are the separatist attacks on education. â€œIt’s deplorable to see the Amba boys doing this,â€ she said. “I’m ashamed. I can’t understand how you can target children for your political gains.”

Every time another school in the surrounding countryside is abandoned, destroyed or burnt down, its class size increases further. As rural families flee to the relative safety of Buea, the number of students his school has had to absorb has doubled. Teaching is becoming increasingly difficult, with a shortage of teachers, desks and teaching materials. There were times, Juliana said, when six students had to share a small bench.

Not only has the government offered very little support to cope with the constant influx of fleeing students, it has also failed to provide psychological help to help them cope with their distress. Some of her students, says Juliana, are so traumatized that every time she raises her voice they burst into tears. Many do not know where their parents are or if they are still alive, although they themselves have survived attacks by soldiers or separatist fighters on their villages, fleeing into the bush where they have taken refuge for weeks. , sometimes months. Most will take a long time to heal, Juliana fears, especially those whose parents were killed in front of their eyes. â€œThese horrific scenes are etched in their minds,â€ she said. â€œYou have to listen to their suffering and be understanding, even if their behavior is sometimes problematic. “

Juliana, who has welcomed two displaced children to her home, which already holds three of her own children and four of her stepchildren, sees trauma manifest on a daily basis, even in the safety of her own home. The 11-year-old girl she shelters narrowly escaped a military operation in which government forces burned down her village and is haunted by not knowing if her parents are still alive. And the 6-year-old boy, whom she picked up on the street, cries every time she is asked about his mom and dad. Knowing that routines help with healing, Juliana made sure that both had a place in her school. â€œThey like to study,â€ she says. “And that keeps their minds busy.”

However, she is concerned for their safety. The school, located in an urban area, is heavily guarded by security forces. Although she is aware that there are teachers and students who feel uncomfortable with the deployment of security forces inside or outside schools, as their presence could increase the risk being the target of armed separatists, she considers school to be essentially the only place where one feels safe these days. . What she knows is not sure, however, is the path to and from school. With Amba boys roaming the outskirts of town, most students no longer wear school uniforms on their way to school, and many even leave their books and notebooks behind or hide them in shopping bags. fear of being spotted and arrested – or even kidnapped – by separatist fighters, which has happened to many school children since the start of the crisis.

Although she is keenly aware of the dangers lurking outside the school gates, Juliana was unprepared when danger arrived at her door in the form of heavily armed amba boys.

They came out of nowhere. It was a Thursday, three days after Juliana was invited to come to school to catch up on some lessons. She had gone to school that Monday despite her fears, because Mondays had been declared “ghost town” days (days at home) by the separatists. No one should work, go to school or go out on Mondays. But because Juliana teaches at a public school whose policy is to defy separatist demands and ignore the boycott, she felt “under pressure”. The events that followed claimed the lives of her cats and left her and her children terrified.

â€œThey came by motorbike,â€ she recalls. “There were three of them, miserably dressed and armed with rifles and machetes.” As they forced the way home, they warned her never to teach on Mondays again. Then, presumably as part of their warning, they shot her cats – in front of the children. â€œThe kids were screaming,â€ Juliana recalls. “It was scary.” She failed to shake the memory of the intruders’ voices and asked the school to never call on her again on a Monday.

More and more of his colleagues have been threatened recently. Some were visited and intimidated by separatist fighters in their homes, others received anonymous warnings to stop teaching or were arrested on their way to school. News from the countryside is not reassuring either. In September, 15 soldiers and several civilians were killed in a clash between separatist fighters and security forces in the North West region. â€œWe don’t just need safe schools,â€ says Juliana. â€œWe need safe cities and neighborhoods. ”

So far, however, the Cameroonian government has not done enough to ensure the safety of teachers and students outside of schools. Attacks by separatist fighters and security forces against civilians continue, fueling further violence. And a national dialogue, held from September 30 to October 4, 2019, which resulted in a special status for the English-speaking regions of the North West and South West, was boycotted by the main separatist groups and did not allow for address multiple human rights violations. committed by separatists and security forces.

What keeps Juliana going, despite acute threats and dangers, is her students’ thirst for learning. â€œThey grew up with the idea that education is important,â€ she explains. However, unless peace is restored, she does not see how the children can safely return to class. And she fears that the traumatized children she sees in her overcrowded classrooms every day “will not be able to overcome the damage caused by this crisis any time soon.” Yet she still takes the dangerous route from school every Tuesday to Friday to return to class, as she firmly believes that every child deserves a future and an education.

This article is based on interviews with and by Human Rights Watch principal researcher for West Africa and Cameroon, Ilaria Allegrozzi.