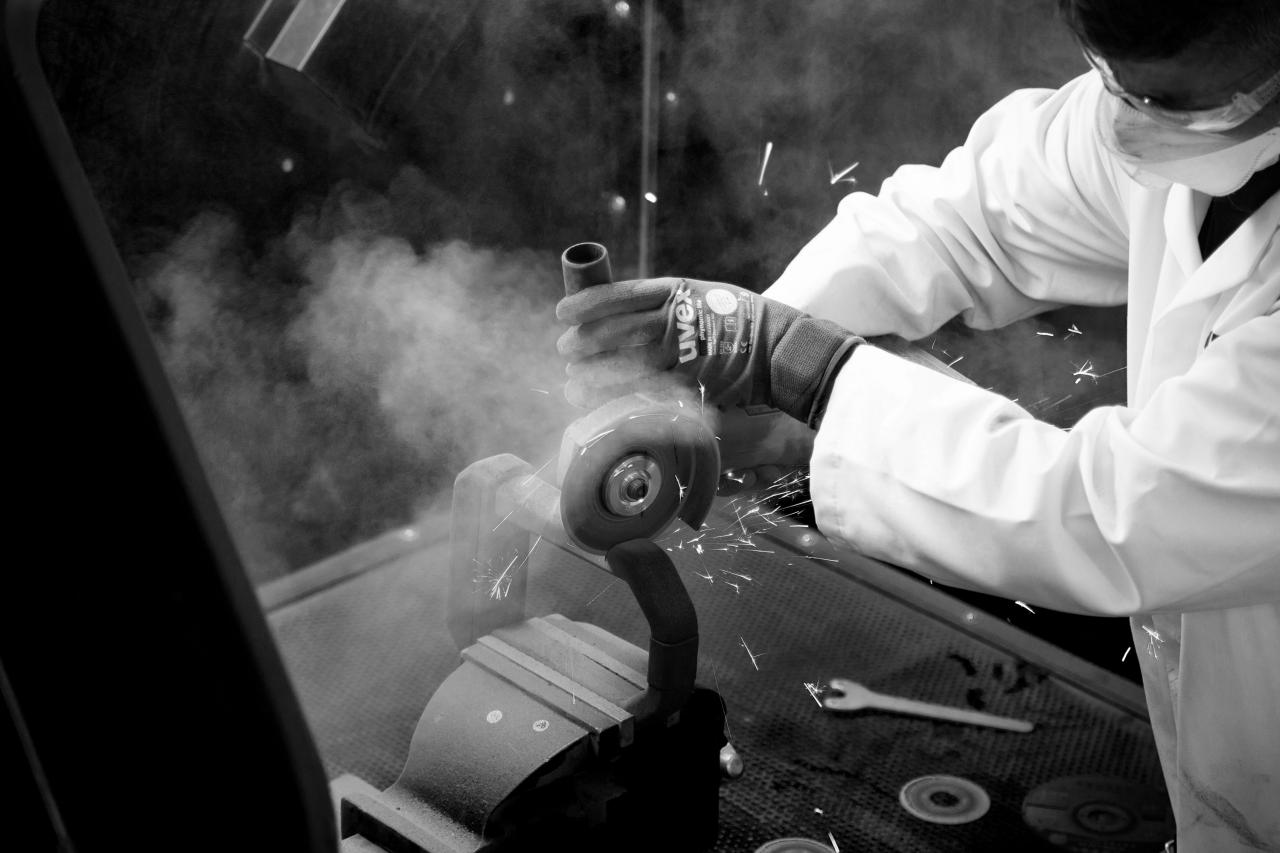 WE all know that most motorcycle thieves don’t carry hooks, hacksaws, or bolt cutters with them. For the most part, the tool of choice is the cordless angle grinder. It’s light, mobile, and in most cases fast.

This is why thieves’ weapon of choice has been the target of security manufacturers for quite some time now, and it just might be the breakthrough needed.

Before we get into the details, this is just a bicycle lock, although it is easy enough to imagine that the idea could be extended to provide a solution for motorcyclists as well.

The lockdown is carried out by a start-up called Hiplok, who is looking for crowdfunding on Kickstarter. The video you can see below was filmed by Cycling Weekly, and while not totally scientific in its execution, the reported results make it interesting to watch.

While trying to break the hardened loop of the Hiplok, the pedal lifters manage to eat through five angle grinder discs, and they use a mains grinder for the task. These will generally have more horsepower and torque than a cordless grinder, but more importantly, they can maintain the same effort for much longer. The whole job was also done with the lock secured in a vise, a luxury a roadside garbage bag wouldn’t have.

Hiplok tests its own device against a conventional D-lock.

The secret to the lock’s strength is a graphene-reinforced ceramic composite core. The patented material is designed to eat angle grinder discs like a knife in butter. It is even claimed to have the same results when tested against carbide tipped drills thanks to the formula.

We’ve reached out to Hiplok to see if they plan to expand the design to cover the bikes (and let us have one for a destruction test), we’ll let you know what they’re coming back with!