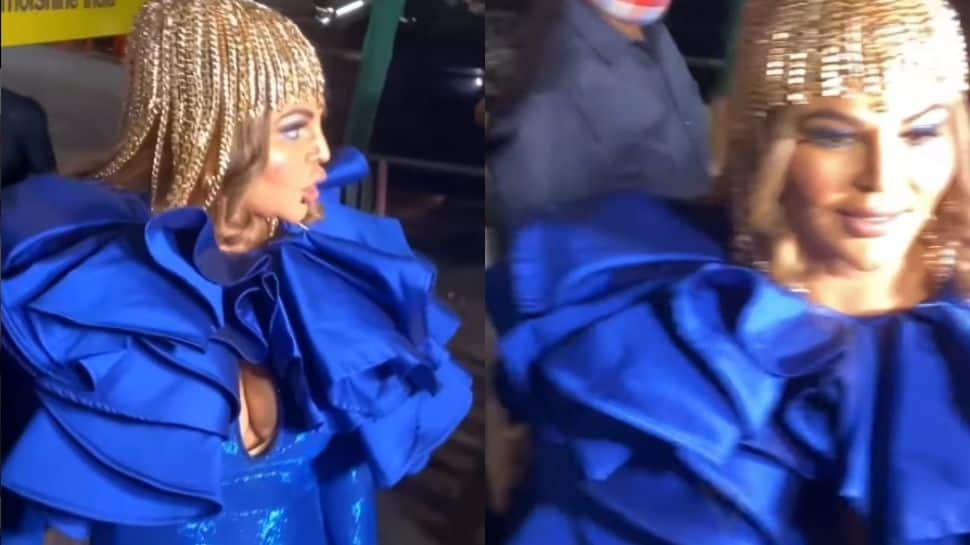 New Delhi: Former Bigg Boss 15 contestant Rakhi Sawant is back to his usual self after the minor setback of being kicked out of the series ahead of the finale. The queen of entertainment was chatted on Friday night during the Bigg Boss 15 sets for the grand finale.

She was seen dressed as Cleopatra in a blue dress, walking hand in hand with her husband Ritesh. As she walked through a group of paparazzi, she warned them, jokingly saying, “Agar kisi ne mujhe chhua toh mai 200 crore ka maan haani ka dawa kar dungi (If anyone touches me, I will sue him for Rs 200 crore)”

Rakhi was unfortunately kicked out of Bigg Boss 15 just before the finals after the BB Hotel task in which a group of audience members had to assess the contestants. Surprisingly, Rakhi got the lowest scores in the task and had to pack up and leave.

She was quite sad leaving as she appears on Bigg Boss almost every season but never gets the chance to compete for the trophy.

Currently, the housemates who are still battling for the trophy include – Pratik, Nishant, Rashami, Shamita, Karan and Tejasswi.

Who will take home the trophy depends on the public vote.