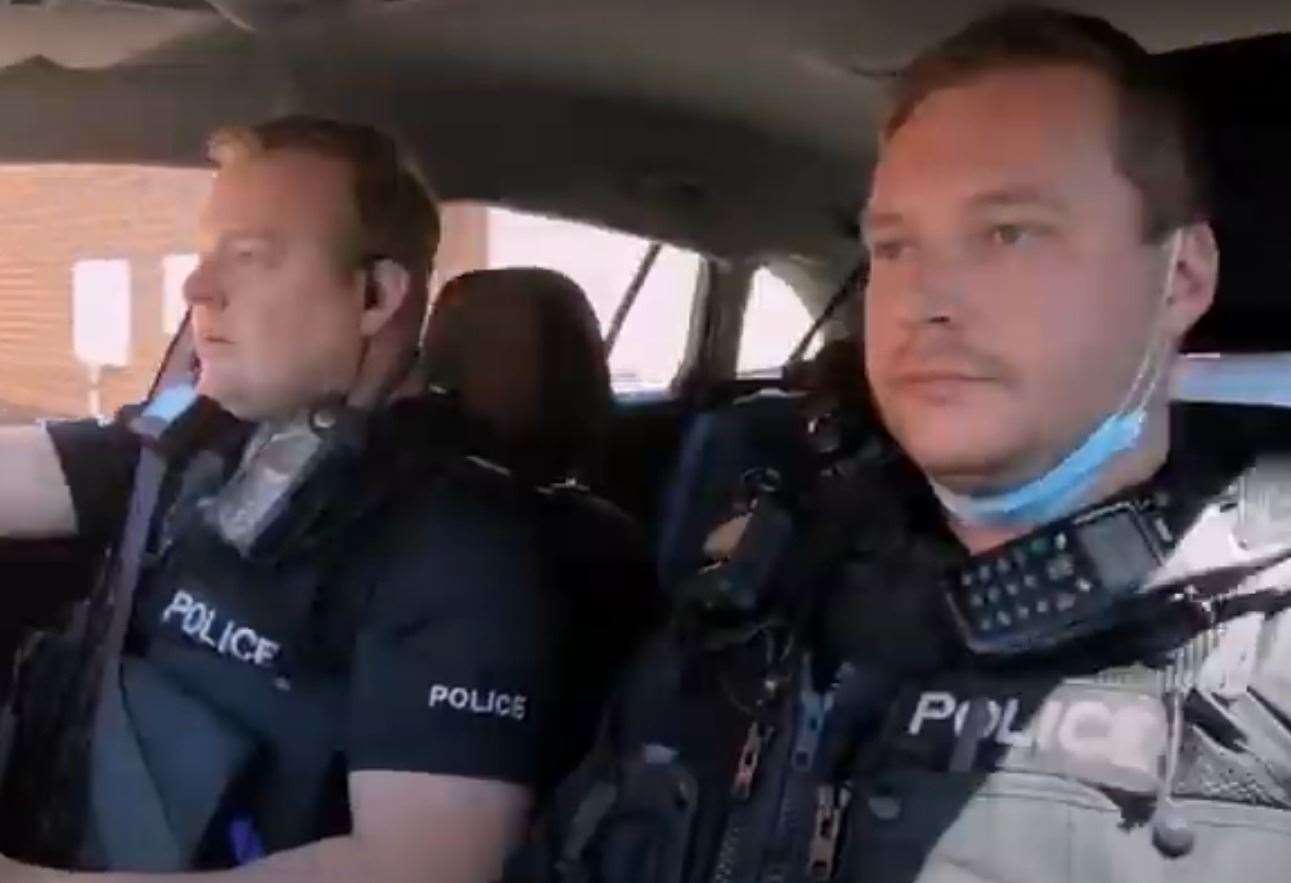 Tenacious officers have shown their stubborn determination to keep people safe after successfully curbing a fleeing driver desperate to escape their clutches.

Constable Dan Machin and Sergeant Ian Coleman were patrolling the Radford area of ​​Nottingham when they were made aware of a Vauxhall Meriva which had not stopped for colleagues.

The driver, Joseph Carter, 29, had taken the car without the owner’s consent. He sped up and failed to stop for the cops chasing him.

PC Machin and Sgt Coleman followed the car and activated their lights and sirens but Carter refused to stop. As the highly trained officers began to close the net on him, Carter slammed into their car, causing extensive damage to the front, as he tried to drive away.

The pursuit was back – this time on foot – after he fled, but he was no match for the fleet foot officers who quickly handcuffed him.

The officers’ determined efforts to nab Carter, during the early hours of April 1, 2021, can be seen in tonight’s action-packed episode of Police Interceptors along with other shining examples of crime-fighting work.

Following the incident, Carter, formerly of Radford Road, Nottingham, pleaded guilty to aggravated taking vehicle, driving without insurance and otherwise than in accordance with a licence, to two counts of resisting a police officer police in the performance of their duties and breach of a restraining order.

He was jailed for 16 months and given a 20-month driving ban when he appeared at Nottingham Crown Court to be sentenced on July 13, 2021.

Recalling the incident, PC Machin said: “Carter posed a real danger to the public and he was clearly desperate to evade capture by all means but excellent teamwork by the police, especially by our response colleagues who were attempting referral tactics and helping to detain him, he was quickly stopped in his tracks.

“Our goal is to avoid damage to police vehicles and property as much as possible.

“However, they sometimes have to be put at risk in order to protect the general public, which in this case was achieved by removing a clearly dangerous individual from the streets of Nottingham, putting them through the courts and ultimately into the prison system. .”

In tonight’s new episode of Police Interceptors, viewers will see a drug-addicted offender trying to escape Radford officers – this time on two wheels.

The cyclist – a 30-year-old man – refused to stop for members of Nottinghamshire Police’s knife crime squad. After falling off his bike, he fled from officers but was quickly caught and arrested for being in possession of Mamba.

He was later charged and pleaded guilty to possession of a Class B drug.

He was ordered to pay £40 in costs when he appeared at Nottingham Magistrates’ Court on August 16, 2021 and an order was made for the drugs to be destroyed.

On top of that, on tonight’s show, the cops quickly swoop down on two opportunistic felons who are caught red-handed with liquor bottles in their possession following a burglary at a city center pub. of Nottingham in the early hours of May 23, 2021.

The cheeky offenders – Andrew O’Connor, 38, of Brewsters Road, St Ann’s, and Gemma Swindell, 36, of Forest Road West, Forest Fields – were later charged and both were sentenced at the Magistrates’ Court in Nottingham. May 24, 2021.

Officers also encounter many twists and turns when investigating reports of a burglary at an address in Bulwell in July 2021.

Investigations led officers to discover a cannabis crop in the attic and interview two suspects as part of the investigation.

More good policing to be seen on TV screens involves proactive members of the Knife Crime Squad stopping a car that smelled of cannabis in Woodborough Road, Nottingham, on the night of December 3, 2020.

This led them to sniff out a drug dealer and seize several bags containing the Class B drug, along with phones and cash.

Arfan Alyas, 28, of Carlton, was arrested at the scene and pleaded guilty to three counts of possession with intent to supply a Class B drug.

He was given an 18-month suspended sentence and ordered to perform 200 hours of unpaid work in the community.

You can catch all of this and more by tuning into tonight’s Police Interceptors on Channel 5 at 8pm.