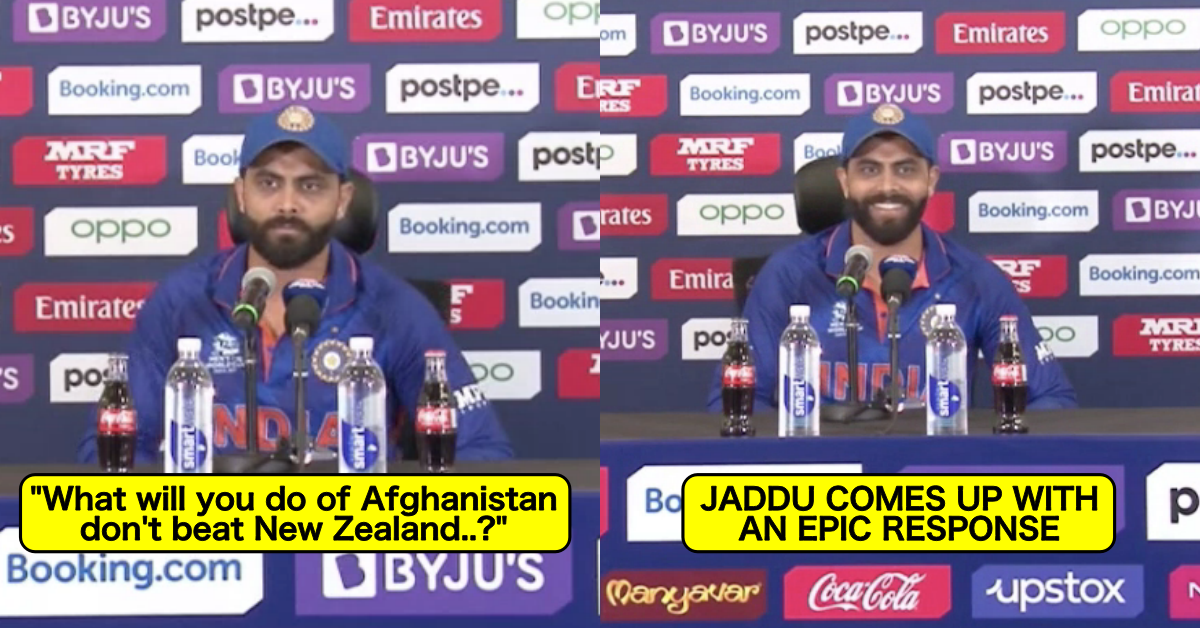 Indian all-rounder Ravindra Jadeja had a funny response to a reporter’s question during the post-match press conference on Friday. The Indian team beat Scotland by 8 wickets in a Super 12 match in Dubai.

After the game ended, Jadeja attended a press conference where he was subjected to a funny question from a reporter. After the victory, he was asked:

For context, the Afghans need to defeat the Black Caps in their final group game for India to have a chance to advance to the semi-finals. If Kane Williamson’s men manage to win the match, India will be eliminated in the group stage itself.

In response to the reporter’s question, Jadeja offered a funny but straightforward answer. He said:

Earlier, Indian bowlers limited Scotland to a paltry 85. Jadeja and Mohammad Shami took identical numbers of 3/15 and Jasprit Bumrah took a few wickets. The men in blue had to chase the target in under 7.1 overs to have a better net run rate than Afghanistan and New Zealand.

Rohit sharma and KL Rahul retained their advantage from the previous game and forged a 70-point partnership in just five times. The platform was set and the formalities completed by Suryakumar Yadav with a sumptuous six.

Power of the Purse and Wallet returns this Tuesday | Sun News