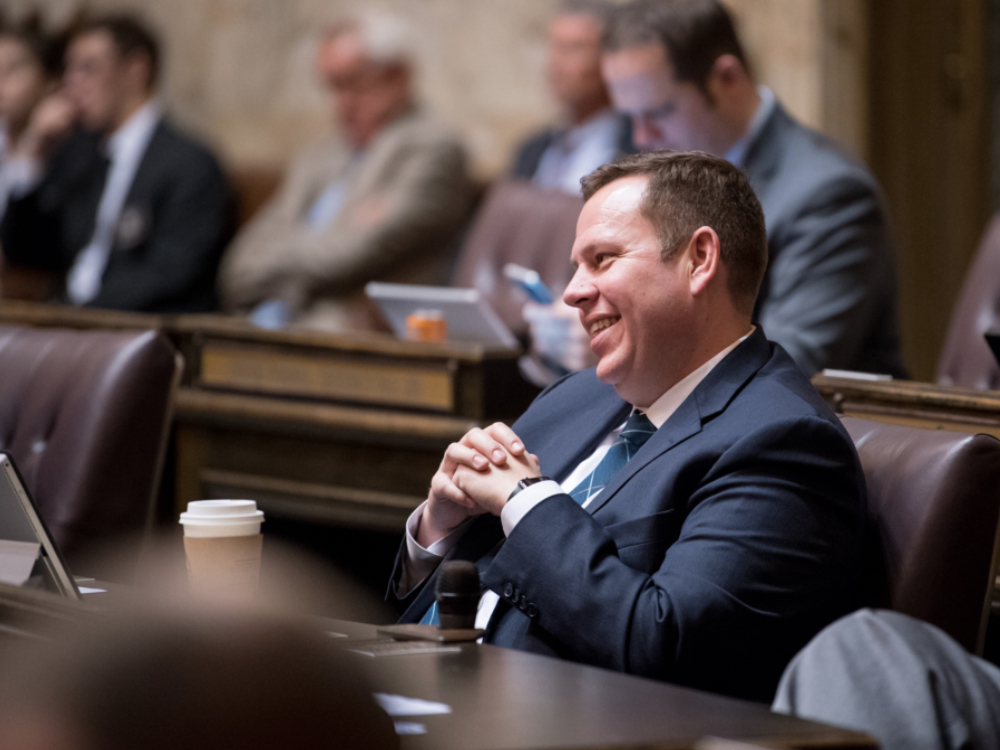 Dear friends and neighbours, The 60-day legislative session ended last Thursday, March 10. Whether virtually or in person during the last weeks of the session, I have spent the last two months fighting for the priorities and values ​​of our Region.

As a ranking member of the House Capital Budget Committee and its chief Republican negotiator, it is my job to craft a capital budget that benefits all of Washington State, whether rural or urban. Unlike other state spending plans, the capital budget is truly bipartisan, proving that lawmakers from all political backgrounds can reach consensus.

More importantly, the capital budget puts people to work. By investing in the construction of public buildings, schools, mental health facilities, public housing, infrastructure and other projects in local communities across the state, we can rebuild our economy in the aftermath of the pandemic.

This year’s capital budget is historic. In an additional budget year, normally intended to make minor adjustments based on feedback from communities and local state governments, we produced a larger spending plan than the previous two-year capital budget. approved in 2021.

the 2022-23 Supplementary Capital Budget spends $1.5 billion, including $107.3 million from general bond sales. The remaining $1.39 billion is made up of a combination of federal funds, transfers from the General Fund to the State (GF-S) and other dedicated funding sources. It leaves $210,000 in bond capacity.

Significant statewide investments have been made in mental and behavioral health, housing, infrastructure, broadband, and earthquake safety for schools. In fact, as you can see in the chart below, year after year, investments in mental health continue to be a priority for our state.

I have seen how important it is for taxpayers’ money to return to our local communities. That’s why it’s incredibly gratifying to announce that $10.5 million for 12th District projects is included in the recently approved capital budget.

Senate Bills 5974 and 5975 are tied to the majority party.go ahead washington” transportation proposal. Both bills passed the House despite a lengthy debate on the floor.

Here’s why I voted ‘no’ on the 16-year, $17 billion transportation program. The plan originally caused quite a bit of controversy because it included a tax of six cents per gallon on exported fuel. This very unpopular component was later removed. Unfortunately, they traded one bad idea for another by removing the export fuel tax and replacing it with a transfer of over $100 million from the state. Public Works Assistance Account.

It’s really a bad idea. The Public Works Revolving Account provides low- or no-interest loans to cities and counties to pay for infrastructure vital to public health and safety. It helps fund local projects like water, sewer and broadband, so communities can build homes and create economic opportunity.

Looting this funding shifts the costs of the transport package to local communities. This will reduce economic opportunities and increase fees and tariffs for services such as water and utilities, among others.

Republicans offered several options, but none of them were considered. You can find out more about our proposals here.

Prevent the movement of purses

Private scholarships are awarded by foundations, corporations, philanthropists, and other private organizations. After receiving such an award, it is common practice for colleges to reduce financial aid by the equivalent or percentage of the money received through the scholarship. Students are being penalized for their hard work, and scholarship providers looking to reduce debt and the burden of college tuition wonder if their money is really helping them.

That’s why I sponsored Bill of 1907which requires the Washington Student Success Council to ensure that students receiving a private scholarship receive up to 100% of their unmet need before their federal, state, or institutional aid is reduced. My bill was approved almost unanimously and is now heading to the governor’s office for signing.

Although the legislative session is over, I work for you all year round. If you have any questions, concerns, or comments about state government matters, please contact me.

It is an honor to serve you!