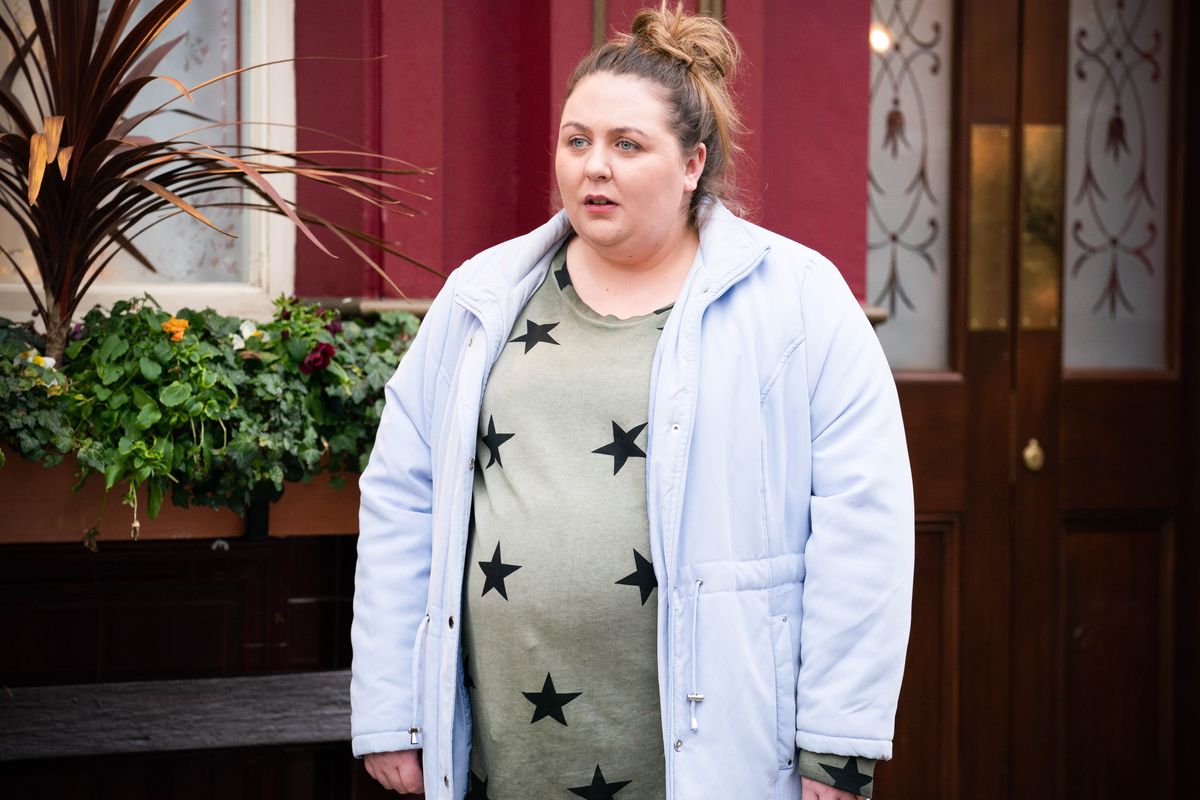 Rainie Highway’s concerns about Stuart are put aside when Bernie returns to the square on Tuesday’s episode of EastEnders (7:30 p.m. See our TV guide for full listings).

Rainie Highway is terrified after convincing her husband Stuart Highway to go to his hospital appointment. Doctors reveal that her breast cancer developed because he delayed proper treatment.

They recommend that he receive immediate treatment to prevent the cancer from growing. But back home, Stuart still stubbornly insists on sticking to his holistic approach, telling Rainie he doesn’t need medical treatment.

While trying to change Stuart’s mind, Rainie is stunned when a heavily pregnant Bernadette Taylor shows up!

Their surrogate left Albert Square to stay with her brother Keanu Taylor late last year after the stress and pressure at home became too much for her.

Worried that Bernie is thinking about keeping the baby for herself, Rainie is flooded with relief when she tells him and Stuart that she still intends to give them their baby. But she insists she needs the promised money as soon as the baby is born.

When Bernie spots Stuarts’ supplements, she asks what’s going on, but Rainie and Stuart cover quickly, not wanting to disrupt the apple cart.

Later, however, the cat gets out of the bag when Sonia Fowler blurts out to Bernie that Stuart has cancer.

A stunned Bernie rushes onto the highways and confronts them, wanting to know the truth. But just then, its waters break!

Kim Fox is beyond thrilled when she receives confirmation from her daughter Pearl Fox’s school that they’ve offered her for a scholarship interview.

After making a video pitch for Pearl to get the scholarship, Kim is sure that all her hard work has paid off. But is everything as it seems?

Also, Denise is still desperate to stop her daughter Chelsea Atkins from putting her son Jordan Atkins up for adoption.

She asks Chelsea to spend time with her and her young son Raymond, but the emotional blackmail only pushes Chelsea all the more.

EastEnders continues on BBC One Wednesday at 7.30pm.