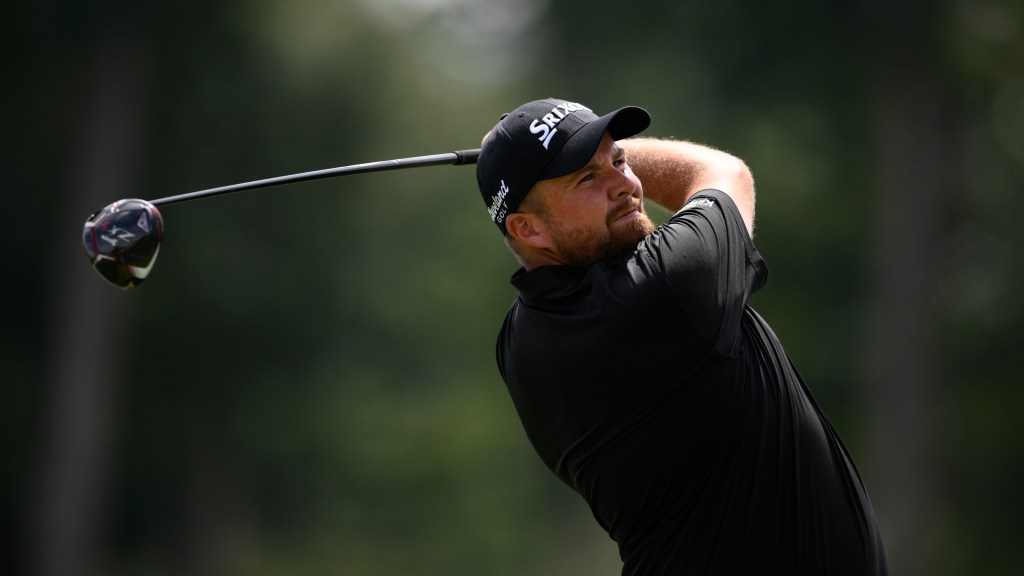 WILMINGTON, Delaware — Shane Lowry may be the man who didn’t finish in the top 30 in the FedEx Cup points standings, but he never lost his sense of humor.

Ahead of the final round of the BMW Championship, Lowry jumped onto his social media and posted a video of his caddie Brian Martin wearing a pair of Birkenstock sandals, noting that he played so badly on the front nine on Saturday – Lowry shot 3 on 38 – “I put Jesus on the backpack.”

Lowry went home with three birdies on the inside nine to shoot an even par of 71. Why the sandals for Martin?

Funny enough, Lowry had bought him new shoes while he was home on Monday and brought them to the second event of the playoffs this week.

“He loves those Jordan runners,” Lowry said. “They’re comfortable or whatever. …he just got really bad blisters.

“On the 9th, I said, ‘Do you have your sandals with you, your Birkenstocks?’ And he did. So I said, ‘Why not wear them for the back nine?’ I mean, it’s dry, it’s good, and they’re comfortable, so yeah. He looked like Jesus there.

Lowry shot a 68 in the final round, but a bogey at 17 was costly. When he finished his run, he was supposed to be on the right side of the top 30, but Adam Scott knocked him out. Lowry never qualified for the Tour Championship, even in 2019 when he won the British Open. Lowry said it was hard to do for a player like him who splits his time on the DP World Tour.

“It’s so hard to do,” Lowry said. “Look, obviously Rory does it every year and these guys, but Rory is Rory. I’m thinking of adding five or six more events to my schedule and I’m sure to be there next week. That’s the disappointing part of it. I feel like there are a lot of things wrong with me this season. I had a few chances to win tournaments that I didn’t top, but overall it was a pretty good year without a win.

What’s in your wallet? – Protocol