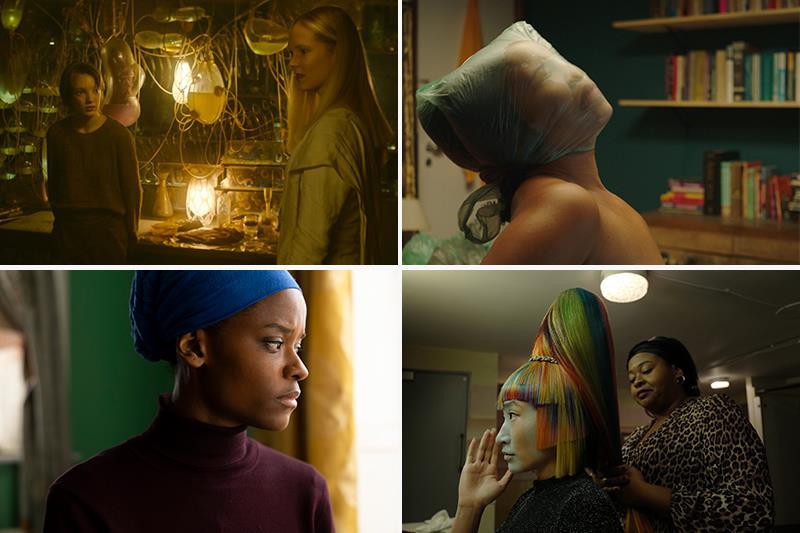 Aisha (Ire) – premiere in Tribeca
Real. Frank Berry
Letitia Wright and Josh O’Connor star in this story of an asylum seeker in Ireland’s direct provision system.
Screen reviewer says: “Cut from the same cloth as Ken Loach’s work, it’s not the kind of cinema that draws attention to itself [but] Berry’s empathetic eye is keen when it comes to subtle details.
Contact: corner stone

America (Isr-Ger-Czech) – premiere in Karlovy Vary
Real. Ofir Raul Grazier
A swimming instructor comes out of his emotional depth in this love triangle drama from the director of the international hit The baker.
The Screen reviewer says: “This vibrant-looking mostly Israeli production is the kind of conventional, well-crafted work that typically connects more directly with audiences than with juries or critics.”
Contact: Beta Cinema

Gentle (Hun-Ger) – reviewed at Transilvania (premiered at Sundance)
Real. Laszlo Csuja, Anna Nemes
An intimate character study set in the world of bodybuilding, featuring former world champion bodybuilder Eszter Csonka.
The Screen reviewer says: “An immersive, often melancholic study of the paradoxes of a world where the perfect outer look is often achieved by drug-ruining the body from the inside, and where maintaining control is paramount.”
Contact: Film Shop

House of Darkness (US) – reviewed at Fantasia (Santa Barbara premiere)
Real. Neil La Bute
Gothic thriller starring Justin Long and Kate Bosworth that explores the horrors of modern dating.
The Screen reviewer says: “While it lacks subtlety, and perhaps not as avant-garde as it might hope, its exploration of modern morality and well-executed elements of horror make it a watchable bedroom piece.”
Contact: The syndicate

Huesera (Mex-Peru) – first in Tribeca
Real. Michelle Garza Cervera
Cervera’s award-winning debut feature Tribeca sees a pregnant woman with a past having a toxic encounter with the supernatural.
The Screen reviewer says: “Propelled by a superb central delivery from Natalia Solian, the film’s potential drifts are mastered as it takes us, like a Mexican riff on Rosemary’s babyon a nightmarish journey through the dark side of motherhood.
Contact: XYZ Movies

Lakelands (Ire) – first in Galway
Real. Robert Higgins, Patrick McGivney
Small-town Irish drama about a boy (Eanna Hardwicke) whose dangerous concussion forces him to face his future.
Screen reviewer says: “A sensitive exploration of a young man’s coming to terms with his destiny in rural Ireland, land of lakes initially seems to cover familiar dramatic ground in a seemingly low-stakes narrative, but, in fact, it feels new, both to Irish audiences and also to niche markets elsewhere.
Contact: Edge of shore

Medusa Deluxe (UK) – premiere in Locarno
Real. Thomas Hardimann
Taking place across several floors of a maze-like studio, it begins after a stylist named Mosca is found, dead and scalped, following a competition from professional hairdressers.
The Screen reviewer says: “A grimly dressed but economically staged experimental creation, staged as a one-take ensemble drama, this brash and confident debut should bring high esteem to British writer-director Thomas Hardiman, one of the stars of tomorrow. of Screen in 2021.”
Contact: Sales of New Europe films

Megalomaniac (Bel) – premiere at Fantasia
Real. Karim Ouelhaj
Based on the unsolved real-life case of the Butcher of Mons, a serial killer who massacred and dismembered a number of women and left their body parts in trash bags by the side of the road between 1996 and 1997.
The Screen reviewer says: “The film’s malevolent vibe makes it a compelling watch, even when the plot has lost its last shred of logic.”
Contact: Media Move (International) / XYZ Films (North America) 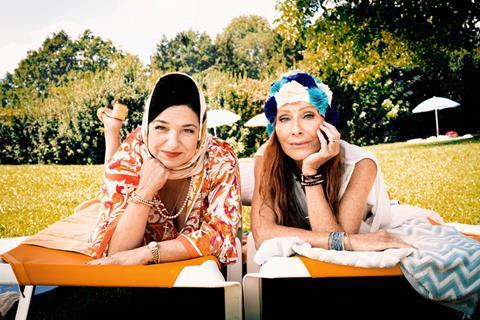 The Pool (All) – premiere in Munich
Real. Doris Dorrie
A culture war comedy about a women-only swimming pool in Germany.
The Screen reviewer says: “Perhaps the most deftly handled element of Dorrie’s storyline is that no one working or sitting around that pool is even remotely sympathetic.”
Contact: Constantin Movie

Rule 34 (Bra-Fra) – premiere in Locarno
Real. Julia Murat
A surprise winner of the Golden Leopard at Locarno, this is a sensually intimate character study of Simone, a multifaceted thirty-something black woman (Sol Miranda) in bustling Rio de Janeiro.
The Screen reviewer says: “Locarno’s success will ensure plentiful additional exposure on the big screen for a film that attempts to address several burning current issues simultaneously and is a surefire generator of audience discussion and future scholarly analysis.”
Contact: Esquina Filmes

Vesper (Lithuania-Fra-Bel) – premiere in Karlovy Vary
Real. Kristina Buozyte and Bruno Samper
High concept dystopian sci-fi fairy tale about a young girl in an enchanted forest. Its UK cast is led by Eddie Marsan and newcomers Raffiella Chapman and Rosy McEwen.
The Screen reviewer says: “Ecological issues are at the heart of this complex world to build: the instability of natural energy supplies fuels the drama.
Contact: Anthony

Winners (UK) – Edinburgh premiere
Real. Hassan Nazer
A tribute to the legendary – and persecuted – directors of Nazer’s native Iran, a cinematic play about an impoverished young boy who stumbles upon an Oscar statuette in the dust of the remote village of Padeh on the edge of the Kavir desert.
The Screen reviewer says: “Apparently a film in the vein of Cinema Paradiso – to which he refers several times – it is a curiosity for filmmakers and festival-goers, especially given the presence of Reza Naji in a lead role.
Contact: DigiCult